A new interactive book series filmed during lockdown in GLASGOW is set to highlight fresh literary talent, as well as best sellers and genre classics.

Part of an exclusive new line-up of programming from Scotland, THE AUTHORS SERIES - produced by award-winning film and TV production company BAD PONY MEDIA, will feature exclusive interviews with authors and entrepreneurs from around the world – discussing everything from their personal writing journey and growing up, to tips for success for budding writers at home.

Executive Producer FRANK McGOWAN, said: “We produced the first few episodes during lockdown and had some real challenges. It became a passion project that we just had to get out there.”

The show will also premiere with giveaways, prizes and the chance for the audience at home to be part of the show by reviewing their favourite books and authors.

Presenter CHRISTINE CORBETT, said: “I’m delighted to be part of such a wonderfully creative project with such amazing people. This is unique, true stories in the writers own words, and compelling pen-to-paper insight into their writing process.”

THE AUTHORS SERIES will premiere @ 8pm Tue 24/11 via YouTube , with Stephen Gillen - who turned his back on a life of crime in 2003 after a twelve year prison sentence for armed robbery, and turning his life towards entrepreneurship and good is now a finalist for the PEOPLE'S BOOK PRIZE. 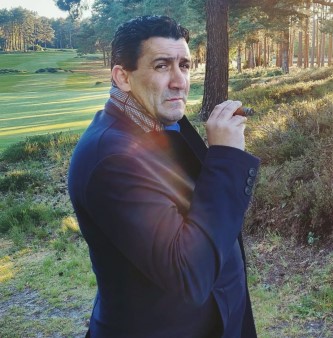 Gillen said, “It was a great experience filming with the team up in Glasgow, such wonderful people and a chance to share the real story about my life.”Follow @TheAuthorsSeries on Instagram and Facebook, and @Authors_Series on Twitter.

Use the hashtags #AuthorsSeries and #ReadingRightNow to connect with presenters and producers, and for the chance to appear on the show.