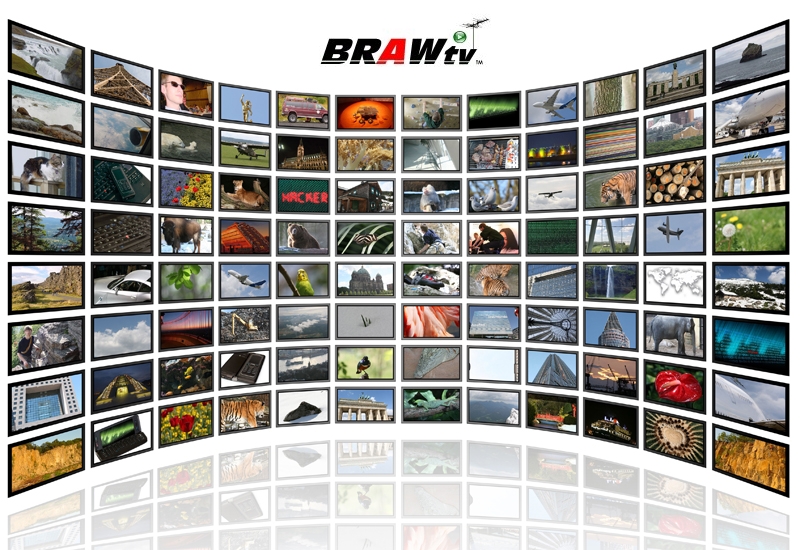 News of Scotland's new FREE global TV channel Braw TV has finally been announced after delays due to the coronavirus pandemic stalled the project, which was announced for 2019.

The new channel, which will combine traditional and digital to connect global audiences with content produced in Scotland via TV, app and online, will see it's official media launch on 2nd October 2022 - the anniversary of the first ever TV broadcast almost 100 years ago by Scottish enterpreneur John Logie Baird in 1925. The roll-out of services will include an app, interactive events and teasers for exclusively produced new shows for the channel, such as The Authors Series, Ninety Eight Percent, All Dolled Up and Geeked.  All shows - which will be produced by partnership with leading world brands and local businesses, will be fully interactive, with unique features to accompany the projects allowing audiences to communicate directly with producers and be part of the TV experience. The projects will showcase new talent, as well as familiar faces, and bring a much needed boost to the Scottish creative industry with over 100 new jobs and training opportunities.

Speaking about the launch of the new Braw TV Studios in Glasgow, which will produce content for the Braw TV channel, co-founder and executive producer Frank McGowan, said: "we're thrilled to announce the roll out of Braw TV services, beginning with teasers and content produced before and during the pandemic." He added: "Coronavirus saw some unique challenges for us as a business, but by teaming up with leaders in the entertainment industry, we're looking forward to reaching audiences who have been waiting for this and putting Scotland on the map globally."

The project, which was originally titled "Bad Pony TV" was concieved in 2012 by producers from Bad Pony Media, and through funding from local government and partnership with corporate sponsors including Microsoft and Nokia to produce content, began development until the project went into hiatus in 2015 after the frontpage news of producer https://www.independent.co.uk/news/uk/home-news/man-speaks-out-sexual-assault-woman-cheryl-cottrell-glasgow-sheriff-court-a7995021.html" target="_blank" rel="nofollow">Frank McGowan being assaulted in a homophobic attack which left him with PTSD. The project was picked up again in 2018 following his recovery - and he has since gathered support from Hollywood friends, including Bill Murray, Robin Shelby, Whoopi Goldberg and Oliver Robins.

Categories: For Immediate Release, Television, Behind the Scenes

Reply Juanitasix
3:41 PM on November 30, 2021
In my opinion you commit an error. I suggest it to discuss. Write to me in PM, we will communicate.